A man know only as Timur caught what looks to be a cluster of UFOs flying in formation over the Russian city of Moscow. 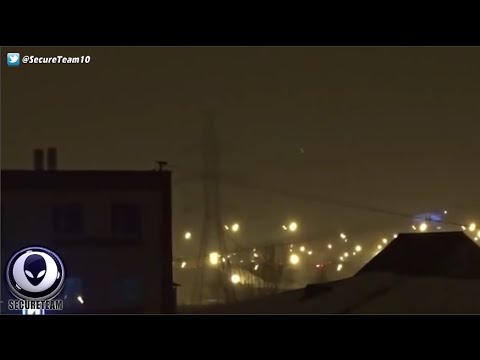 This astonishing video was captured the end of January 2016 and appears to be a cluster of UFO’s flying in formation or in synconization.

Timur states “There were four balls of light.  A red one to the left, two white ones in the middle and a less bright one to the right.”

“Sometimes the one on the right would disappear and come back. All together, they made the geometric shape of a rhombus.”

Critics have said this looks like the lights could be caused by reflections from light eminating from the ground. Timur dismisses this observation.

He says “I’ve been living in the district for two years, and have never seen anything like that before.”

Vadim Chernobrov, a UFO expert from Russia has examined the footage, and he believes it to be real. “The lights cannot be explained by either an atmospheric or a cosmic image.” said Chernobrov. “The chance of this being some sort of mirage is also impossible due to the precise geometric shape the objects have formed.” 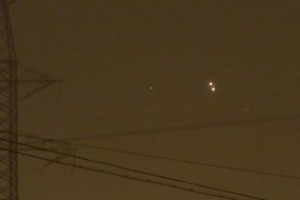 “Some have said they could look like Chinese lanterns but I would dismiss this possibility because of the movements and speed of the objects.”