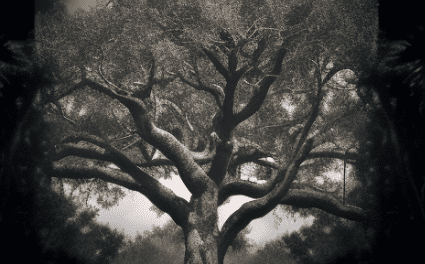 The Devil’s Tree, sometimes referred to as The Devil Tree, in Port Saint Lucie, Florida is a hauntingly beautiful oak tree with a chilling history that has garnered local legend and notoriety. Located on a quiet stretch of road in the heart of the city, this tree has become a popular spot for paranormal enthusiasts and thrill-seekers alike. A man named Gerard John Schaefer is the reason for this chilling history.

Gerard John Schaefer was a notorious serial killer who was active in the Florida area during the 1960s and 1970s. He was convicted of two murders in 1973 and was suspected of many more, with some estimates putting the number of his victims as high as 30. Schaefer was known for his twisted and sadistic tendencies, and his reign of terror left a lasting impact on the community of Port Saint Lucie.

It is no surprise, then, that Schaefer’s name has become intertwined with the legend of the Devil’s Tree. According to some accounts, Schaefer was known to frequent the area around the tree, and it is even rumored that he used the tree as a dumping ground for some of his victims. The tree’s reputation as a site of dark deeds has only added to its already ominous aura.

The story of the Devil’s Tree has captured the attention of many, with some even speculating that the tree may be connected to other unsolved murders in the area. Some believe that the tree is a hotbed for paranormal activity, with many people claiming to have experienced strange occurrences while visiting the site.

There have been numerous reports of eerie events at the Devil’s Tree. Many people claim to have seen ghostly apparitions and felt an overwhelming sense of dread while standing near the tree. Others have reported hearing strange noises, such as screams and whispers, coming from the tree.

One of the most well-known tales of paranormal activity at the Devil’s Tree involves a group of teenagers who decided to spend the night at the tree. According to the story, they were suddenly awoken by the sound of a man screaming and crying. When they tried to leave, their car would not start.

In addition to the ghostly tales, there have also been other reports of strange, unexplainable events happening near the tree. Some people claim to have witnessed the tree branches moving on their own, while others have reported seeing glowing orb-like objects hovering around the tree.

Despite the creepy stories, the Devil’s Tree remains a popular spot for visitors, with many people coming to see the tree and experience its alleged paranormal activity for themselves. Some even leave small trinkets or offerings at the base of the tree, but this should be discouraged as the tree is in a public area.

While it is impossible to know for certain whether the Devil’s Tree is truly haunted, the legend of this eerie oak tree continues to captivate the imaginations of locals and visitors alike. Whether you believe in ghosts or not, the Devil’s Tree is a must-see for anyone visiting Port Saint Lucie. So, if you’re feeling brave, take a trip to the Devil’s Tree and see for yourself if the stories of its paranormal activity are true.

The Devil’s Tree is located in: Oak Hammock Park