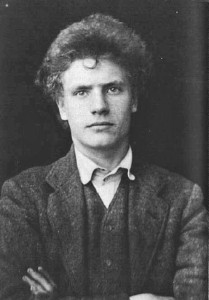 Austin Osman Spare was an occultist and artist who was greatly influenced by symbolism and sexual imagery. As an occultist, he worked at developing his abilities in automatic writing, automatic drawing and sigil creation. He had a brief association with Aleister Crowley and developed his own occult philosophy. He wrote many books including The Book of Pleasure(1913) and The Focus of Life(1921).

His work regarding sigils is the key infulence on the modern Chaos Magic movement today and the basis of most sigil magic & creation widely accepted throughout the occult world.