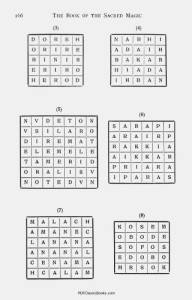 Although connected to ceremonial magic, it gets rid of much of the tools and complicated ritual involved. It also has heavily influenced the likes of Aleister Crowley and MacGregor Mathers.