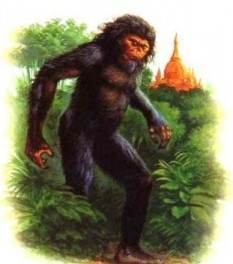 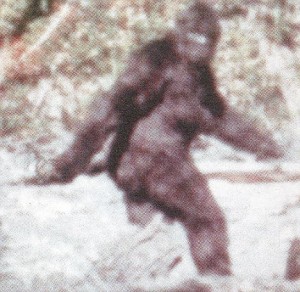 From wearethemighty.com by Blake Stilwell.

In the Kontum Province of Vietnam, near the borders with Laos and Cambodia, there were many reports from U.S. troops on patrols of a strange, not-quite-human but not-quite-ape creature the locals call Nguoi Rung, or “The people of the Forest.” In other words: Bigfoot.

Gary Linderer was on a six-man patrol with the 101st Airborne’s Long Range Reconnaissance Patrols. While struggle through the underbrush, he ran into “deep set eyes on a prominent brow… five feet tall, with long muscular arms.” The creature “walked upright with broad shoulders and a heavy torso.” His battle buddies told him he just saw a rock ape, but Linderer had seen Rock Apes before. This was no Rock Ape.