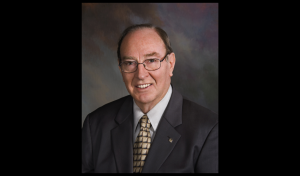 Apollo 14 veteran astronaut Edgar Mitchell, who was the sixth man to walk on the moon claims that peace-keeping aliens visited our planet and prevented a nuclear war between the United States and Russia.

As far-fetched as this may sound, military personnel, for many years have claimed to see strange unidentified craft flying over U.S. missile bases.

“They wanted to know about our military capabilities,” he said. “My own experience talking to people has made it clear the ETs had been attempting to keep us from going to war and help create peace on Earth.”

Mitchell said that some Air Force officers claim that UFO sightings were a regular sight during the Cold War.

“They told me UFO’s were frequently seen overhead and often disabled their missiles,” he added. “Other officers from bases on the Pacific coast told me their (test) missiles were frequently shot down by alien spacecraft.”